Established in 1939, Brown & Holmes has an enviable reputation for quality, which has seen the Staffordshire company add JOSCAR to its ISO:9001, AS:9100D, ISO:14001, ISO: 45001 and OHSAS:18001 certification list. This philosophy for quality that is matched by its commitment to environmental sustainability has seen the company win significant levels of new business.

Brown & Holmes had been using Autodesk design tools such as Inventor since 2013 for the design of components, fixtures and assemblies, but over the last two years, an upturn in orders saw the company upgrade its licenses to include subscriptions to the Autodesk ‘Product Design and Manufacturing Collection’ (PDMC).

As the name suggests, the PDMC includes a collection of Autodesk products including Inventor and Fusion 360. The increasing demands on the team resulted in Brown & Holmes realising that its existing practices, workflow and CAM system needed a significant overhaul. It is here that Fusion 360 was implemented to help the business grow.

The first instance arrived when Ashley Fielding, a former employee re-joined the company and was tasked with applying manual data input on his CNC machine to produce a lot of plate work for the company’s fixtures. The laborious process was compounded by a CNC controller with limited memory capacity; a process that resulted in extended programming and production times as well as increased risk of data inputting errors. Having used Fusion 360 in a previous role, Ashley suggested utilising Fusion 360 to augment and then replace manual data input.

Simultaneously, the Tamworth company had installed a new DMG MORI 5-axis machining centre and the cycles and macros of the existing CAM software proved to be inefficient, and in some cases incapable of manufacturing the parts that Brown & Holmes needed to produce. This made CAM programming a bottleneck that left the new machine sitting idle for extended periods whilst waiting for NC code to be generated. The situation needed to change, and so the Brown & Holmes management team contacted Autodesk and tasked them with creating suitable post-processors for the DMG MORI 5-axis machining centre.

Brown & Holmes set up Fusion 360 on a laptop at the side of the DMG MORI machine and this drastically improved spindle uptime. Equally significant is that by training the shop floor machinist to program the parts with Fusion 360, the bottleneck of multiple machines waiting for office-based programmers to create NC code for the shopfloor has been eliminated – the machinists now have the capacity to create their own programs.

Over 12 months ago we were lucky enough to win a big order, which was on a very tight timescale. The CAD/CAM and offline programming used to be done by our team leaders. With this new order, we are more empowered to undertake the management tasks and filter down the offline programming to the guys on the shop floor. We started with Fusion 360, firstly because it was already included in our Inventor software from Autodesk on the design side of the business. That gave us a natural opportunity to try something new, and it proved to be a very worthwhile success. We now have six seats of Fusion 360 running with the Machining Extension throughout the machines on the shop floor.

If I put a job on the table and program it with the Siemens Shopmill CNC control on the machine, it is more than a day of programming for me. With Fusion 360, it’s a lot faster, and probably takes me a quarter of the time, if not less. When parts are more complex and require offline CAM programming, we were reliant on the team leads doing the work. This meant a lot of guys were waiting for the programmers to help them and support them to get the work through the shop floor. Working with Fusion 360, we don’t have to go to an offline programmer anymore – I can do it all myself on the machine with the software that I have.

Since using Fusion 360, our spindle uptime has increased massively. We are no longer waiting for programs to be done off-line with several machines in a queue, sometimes we could have machines sitting there waiting for a program. Now, I can do it myself. The spindle is machining quicker, and the parts are coming off the machine faster, and we get left to our own devices. So, a part comes in and I receive a block of material. From there, I will program the part from start to finish with Fusion 360 and take the part through to inspection. I am no longer relying on other people – I can get on and do the job myself and this speeds up the throughput for the business.

Implementing a change of direction

Of course, the subcontract manufacturer didn’t just purchase six seats of Fusion 360 and everything ‘changed overnight’. In May 2021, with a shopfloor machinist having the facility to program at the machine, the offline programming bottleneck began to ease and spindle uptime significantly improved. At this time, Brown & Holmes won a significant order that would have added to the programming bottleneck. Instead, the company recognised the benefits that one machinist was having with the Fusion 360 and DMG MORI 5-axis machine combination, and subsequently invested in more Fusion 360 seats with the “Machining Extension”.

This Fusion 360 cost option unlocks additional strategies and capabilities on top of the base level of Fusion 360, including simultaneous 5-axis machining, toolpath trimming, surface inspection with spindle mounted probes, and automated part alignment. Several operators were trained on Fusion 360 with the Machining Extension, and this has since been rolled out across the shop floor.

With an extremely diverse workload and batch sizes, plus machine tools from a multitude of vendors such as Doosan, Mazak, DMG MORI, Colchester, XYZ, Bridgeport and many others, Brown & Holmes needed an all-encompassing CAM solution that could meet its diverse demands whilst providing reliable post-processers for its extensive machine park. Adding more seats of Fusion 360 gave CAM capabilities to the shop floor, but it was the introduction of the Machining Extension that really stepped things up on the factory floor.

The Machining Extension provides automatic hole recognition and drilling to speed up the drilling of recognised holes in 3D CAD models, something the Brown & Holmes team used to replace manual data input for the programming and machining of plate work. With regards to milling operations, the Extension provides intelligent strategies, like Steep & Shallow to automate the programming of complex parts as well as a complete range of innovative multi-axis toolpaths to safely streamline 4 and 5-axis machining. To provide complete programmer and operator confidence when streamlining both programming and machining cycles, the Machining Extension also provides comprehensive multi-axis collision avoidance that incorporates the tooling, workholding, fixturing and tool holding.

With some of the higher end cutters that we use, the speeds and feeds have to be to a very specific range. So, the tooling library in Fusion 360 has given us the ability to standardise across the shop floor and it gives us a back library of the tools that we have used on particular jobs and materials. This means we can tell the guys on the shop floor what tools work and what tools to use on particular jobs and material types, so they will have no problems at all. This also enables us to even increase the speeds and feeds across the shop floor, which is significantly improving our throughput by reducing our cycle times.

Concluding on the installation of Fusion 360, Paul Bourne says:

Since having Autodesk Fusion 360 on-site, we have doubled our turnover! Our NCR (non-conformance reporting) has been reduced by 34% and the costs incurred by those NCR’s have also been reduced by a similar level. Additionally, it is creating more pride in the work that we are doing and that upskilling of the guys on the shop floor has given them more impetus and more motivation to further themselves and their contribution to the business. In hindsight, I wish we had bought Autodesk Fusion 360 sooner.

To find out more about Fusion 360 or the machining extensions, get in touch with Cadspec today. 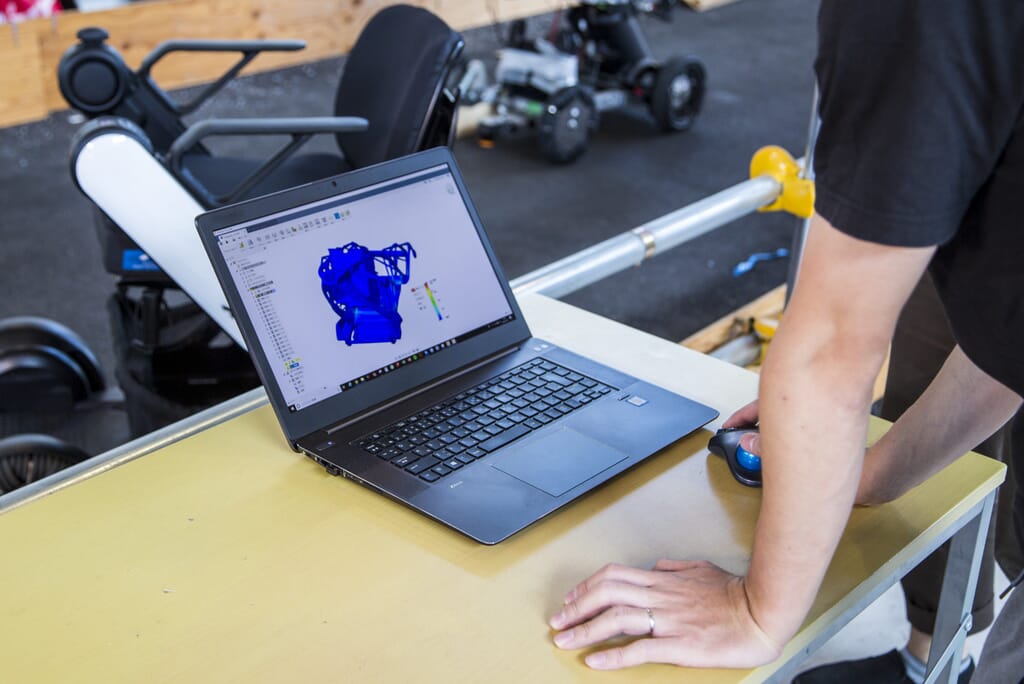 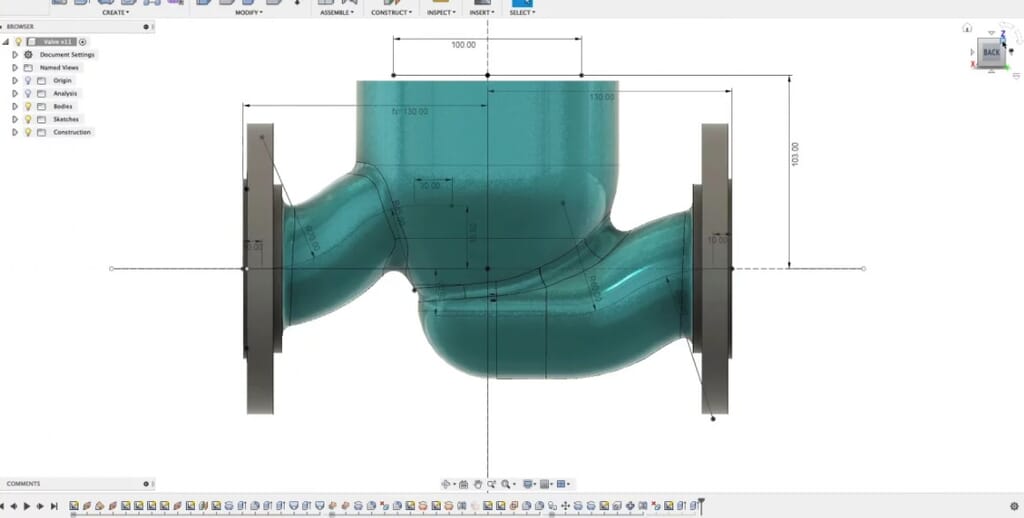 This one day training course will instruct Fusion 360 CAM users in the best usage and approaches for using Fusion 360 CAD. 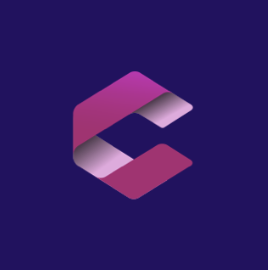